During July 2013 I happened to be in Silicon Valley. While there my wife and I toured
the Computer History Museum. If you find your self in Mountain View, CA, it is worth a
visit. They have computer systems from the very beginning (abacus) to today (tablets
and phones). There are quite a few computers from the 1940s-1960s. It was also
interesting seeing the Google Street View Car and an IBM Watson set.

It is a very cool looking building. Here I am near the entrance. 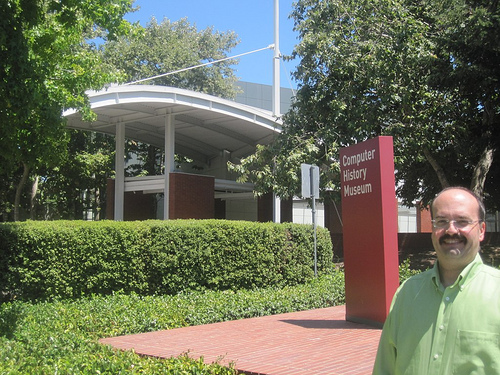 The museum did have some information on Artificial Intelligence. There was a very
interesting video that explained why some problems, such as AI, are in fact very hard.
They had an exhibit featuring IBM Watson. I had to take a picture at this location! 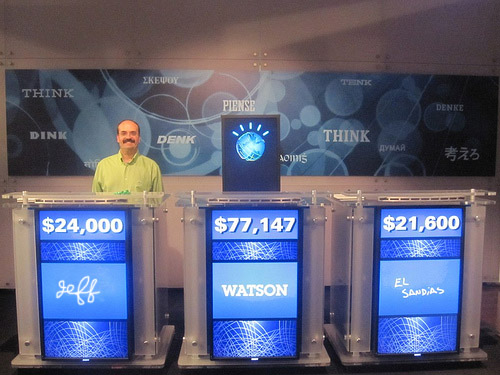 They also had quite a few robots! I would have loved to see a robot out and moving about,
but alas no. However, they DID have a working Babbage machine. Seeing a real Babbage
machine calculate a log table was amazing! 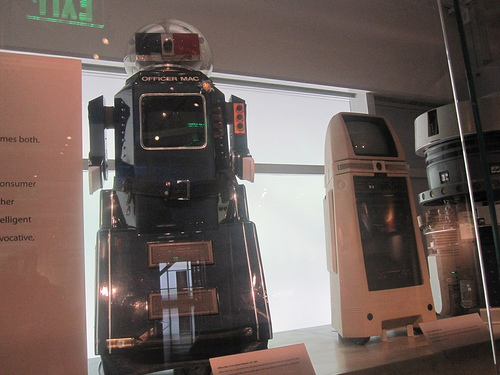 It was fascinating seeing the Xerox Alto. This is the machine that started it all! The
mouse and GUI! Xerox was too much of a lumbering corporate dinosaur to realize what they
had invented. Instead of capitalizing on their new GUI, Xerox gives Steve Jobs was given
a tour. Steve Jobs then promptly stole this technology and created the Mac. Then Bill
Gates promptly stole Steve Jobbs’ “stolen property” and created Windows! Which then
caused Apple to sue Microsoft for stealing what Apple had “rightly stolen” from Xerox!
Gets complicated! :) 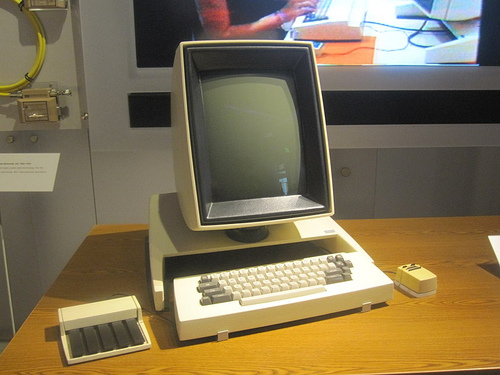 I wish they had more in the 8-bit era! As a generation x-er 8-bits are where I got my
start! Ah the days of programming 6510 machine language! Here you see my by a
Commodore 64 and Vic 20. Would have loved to have seen just a little more on Commodore!
Rather than just two machines on a shelf that I have to stand on my tip-toes to see!
Oh well. 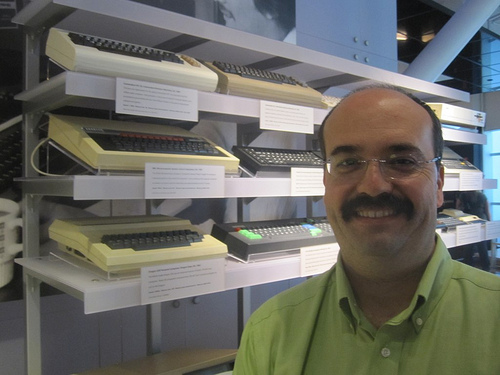 Sitting in a Google Street View car was also fun! I had also used Google Maps to help me
find my way to the Computer History Museum! 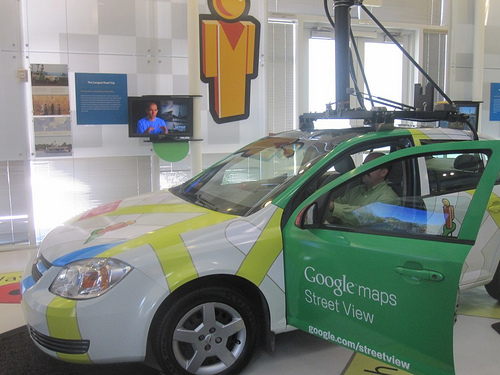 There were several video interviews with Donald Knuth! I am a major Knuth fan! I’ve
used several of his algorithms in The Art of Computer Programming for Encog! Specifically
in the areas of random number generation and efficient string comparison/sorting.

It was a fun visit. Really like the Computer History Museum. It was only 10 minutes
from where I was staying in Palo Alto.