Most laypeople think of neural networks as a sort of artificial brain. Neural networks would be used to power robots or carry on intelligent conversations with human beings. This notion is a closer definition of Artificial Intelligence (AI), than neural networks. AI seeks to create truly intelligent machines. I am not going to waste several paragraphs explaining what true, human intelligence is, compared to the current state of computers. Anyone who has spent any time with both human beings and computers knows the difference. Current computers are not intelligent.

Neural networks are one small part of AI. Neural networks, at least as they currently exist, carry out very small specific tasks. Computer based neural networks are not a general-purpose computation device, like the human brain. Perhaps some of the confusion comes from the fact that the brain itself is a network of neurons, or a neural network. This brings up an important distinction.

The input and output patterns are both arrays of floating point numbers. You could think of it as follows.

This is a mapping between words and the definition of each word. This is a hash table, just as you might see in any programming language. It uses a key of string, to another value of a string. You provide the dictionary with a key, it returns a value. This is how most neural networks function. One neural network called a BAM, or bidirectional associative memory actually allows you to also pass in the value and receive the key.

What would happen, with the above hash table, if you were to pass in a word that is not a key in the map? For example, if you were to pass in the key of ìwroteî. A hash table would return null, or in some way indicate that it could not find the specified key. Neural networks do not return null! They find the closest match. Not only do they find the closest math, they will modify the output to guess at what it would be for the missing value. So if you passed ìwroteî to the neural network above, you would likely get back what you would have expected for ìwriteî. There is not enough data for the neural network to have modified the response, as there are only three samples. So you would likely get the output from one of the other keys.

The above mapping brings up one very important point about neural networks. Recall, I said that neural networks accept an array of floating point numbers, and return another array? How would you put strings into the neural network, as seen above? There is a way to do this, but generally, it is much easier to deal with numeric data than strings. However, we will cover how to pass strings to neural networks later in this article.

To continue the hash table example, the above truth table would be represented as follows.

These mapping show input, and the ideal expected output for the neural network.

Both supervised and unsupervised training is an iterative process. For supervised training, each training iteration calculates how close the actual output is to the ideal output. This closeness is expressed as an error percent. Each iteration modifies the internal weight matrixes of the neural network to get the error rate to a low enough level.

Unsupervised training is also an iterative process. Calculating the error is not quite as easy, however. You have no expected output, so you cannot measure how far the unsupervised neural network is from your ideal output, you have no ideal output. Often you will just iterate for a fixed number of iterations and then try to use the network. If it needs more training, then that training is provided.

You saw how training data was used for the simple XOR operator. Now we will look at a slightly more complex scenario.

Usually neural network problems involve dealing with a set of statistics. You will try to use some of the statistics to predict the others. Consider a car database. It contains the following fields.

I am somewhat oversimplifying the data, but this is more to show how to format data. Assuming you have collected some data for these fields, you should be able to construct a neural network that can predict one field value, based on the other field values. For this example, we will try to predict miles-per-gallon.

Recall, from before, that we will need to define this problem in terms of an input array of floating points mapped to an output array of floating points. However, there is one additional requirement. The numeric range on each of these array elements should be between 0 and 1 or -1 and 1. This is called normalization. Taking real-world data and turning it into a form that the neural network can process.

First we see how we would normalize data from above. First, consider the neural network format. We have six total fields. We want to use five of these to predict the sixth. The neural network would have five input neurons and one output neuron.

These ranges may be a little large, given today’s cars. However, this will allow minimal restructuring to the neural network in the future. It is also good to not have too much data at the extreme ends of the range.

The hybrid or regular value is a true/false. To represent this value we will use a 1 for hybrid and a 0 for regular. We simply normalize a true/false into two values.

Images are a popular source of input for neural networks. In this section, we will see how to normalize an image. There are more advanced methods than this, but this method is often effective.

Consider an image that might be 300x300 pixels. Additionally, the image is full color. We would have 90,000 pixels times the three RGB colors, giving 270,000 total pixels. If we had an input neuron for each pixel, that would also be 270,000 input neurons. This is just too large for an artificial neural network.

We need to downsample. Consider the following image. It is at full resolution. 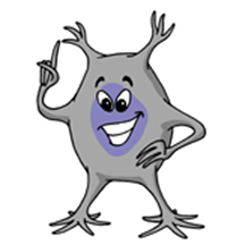 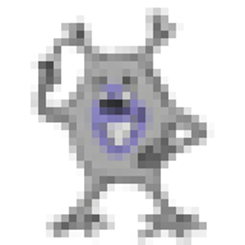 If you would like the neural network to see in color, then it is necessary to provide red, green and blue (RGB) values for each of these pixels. This would mean three input neurons for each pixel, which would push our input neuron count to 3,072.

The first step is to normalize the data. To do this we want to change each number into the percent movement from the previous day. For example, day 2 would become 0.04 percent, because $45 to $47 was a 4% move from $45. We do this with every day’s value.

We would like to create a neural network that will predict the next day’s values. We need to think about how to encode this data to be presented to the neural network. The way we do this depends on if the neural network is recurrent or not. Recall from earlier in the article that I said we would treat the neural network as a black box. I said that there were hidden layers, between the input and output layers. We will now see what these layers are for. They become important now, because they will dictate the structure of the neural network.

In the above figure, you see the input and output layers. There is also a hidden layer, with ten neurons. Hidden layers help the neural network to recognize more patterns. Choosing the size of the hidden layers can be difficult. This is a topic that will be covered in future articles.

Just as was the case with the XOR data, the order of the training data is not important. We are simply providing three days worth of price change for the neural network to use to predict the following day.

As you can see from the above data the order is very important. The neural network cannot predict tomorrow’s price seeing only today’s price. Rather, because of the context layer, the last few days will influence the output. This is very similar to the human brain. To identify a song, you will need to hear several notes in a sequence. Obviously, the order of the notes is very important.

Feeding Text to a Neural Network

Earlier I said that feeding text into a neural network is particularly challenging. You have two major issues to contend with. First, the individual words are of varying lengths. Neural networks require a fixed input and output size. Secondly, how to encode the letters can be an issue. Should the letters “A” - “Z” be stored in a single neuron, or 26 neurons, or some other way all together?

The Bag of Words algorithm is a common means of encoding strings. Each input represents the count of one particular word. The entire input vector would contain one value for each unique word. Consider the following strings.

We have the following unique words. This is our “dictionary.”

The four lines above would be encoded as follows.

Of course we have to fill in the missing words with zero, so we end up with the following.

Notice that we now have a consistent vector length of nine. Nine is the total number of words in our “dictionary”. Each component number in the vector is an index into our dictionary of available words. At each vector component is stored a count of the number of words for that dictionary entry. Each string will usually contain only a small subset of the dictionary. As a result, most of the vector values will be zero.

As you can see, one of the most difficult aspects of machine learning pro- gramming is translating your problem into a fixed-length array of floating point numbers. The following section shows how to translate several examples.